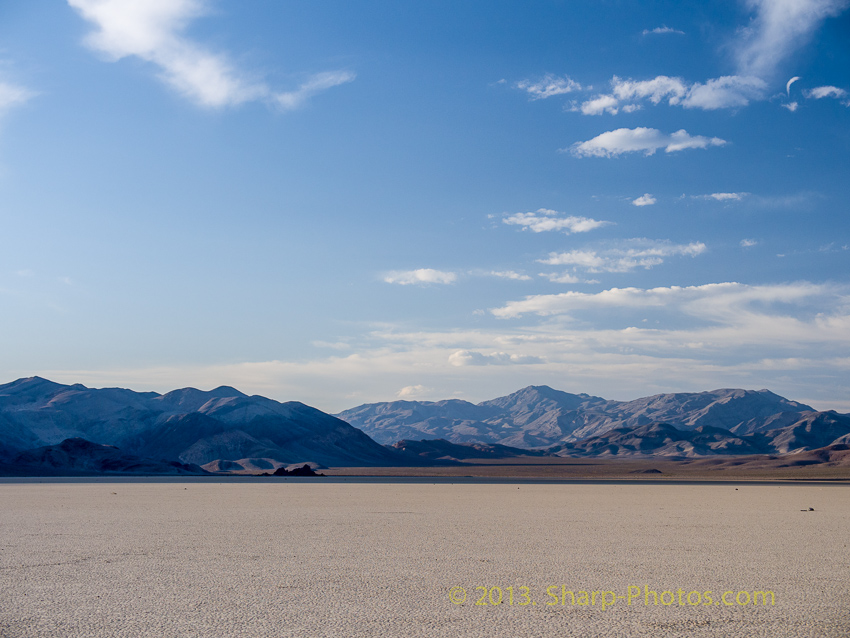 The sailing stones are a geological phenomenon found in the Racetrack. Slabs of dolomite and syenite ranging from a few hundred grams to hundreds of kilograms inscribe visible tracks as they slide across the playa surface, without human or animal intervention. The tracks have been observed and studied since the early 1900s, yet no one has seen the stones in motion. Racetrack stones only move once every two or three years and most tracks last for three or four years. Stones with rough bottoms leave straight striated tracks while those with smooth bottoms wander.

The sailing stones are most likely moved by strong winter winds, in the upwards of 90 mph, once it has rained enough to fill the playa with just enough water to make the clay slippery. The prevailing southwest winds across Racetrack playa blow to northeast. Most of the rock trails are parallel to this direction, lending support to this hypothesis.

An alternate hypothesis builds upon the first. As rain water accumulates, strong winds blow thin sheets of water quickly over the relatively flat surface of the playa. Sheets of ice form on the surface as night temperatures fall below freezing. Wind then drives these floating ice floes, their aggregate inertia and large area providing the necessary force required to move both small and large stones. Rock trails would again remain parallel to the southwest winds. According to investigator Brian Dunning, "Solid ice, moving with the surface of the lake and with the inertia of a whole surrounding ice sheet, would have no trouble pushing a rock along the slick muddy floor."

A more recent theory is that ice collars form around rocks and when the local water level rises, the rocks are buoyantly floated off the soft bed. The minimal friction allows the rocks to be moved by arbitrarily light winds. 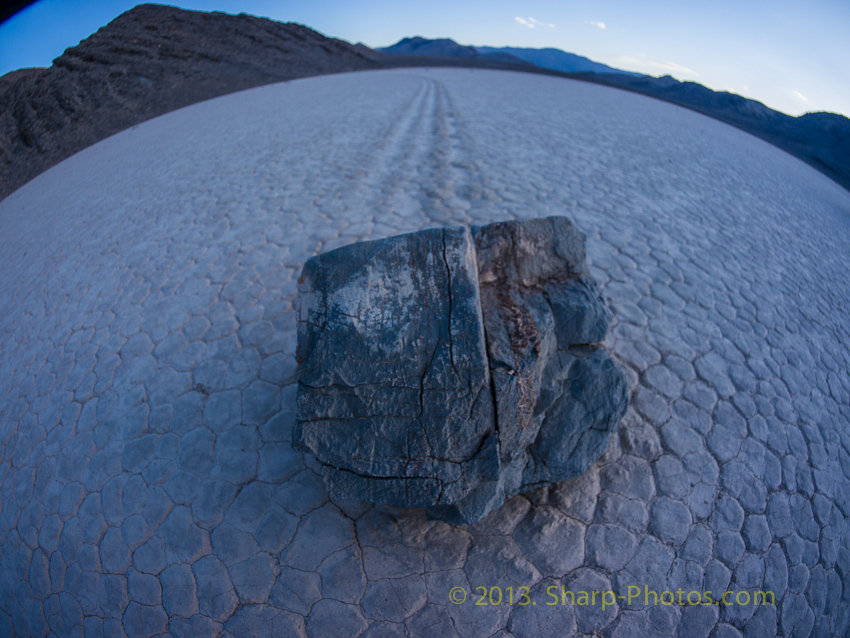 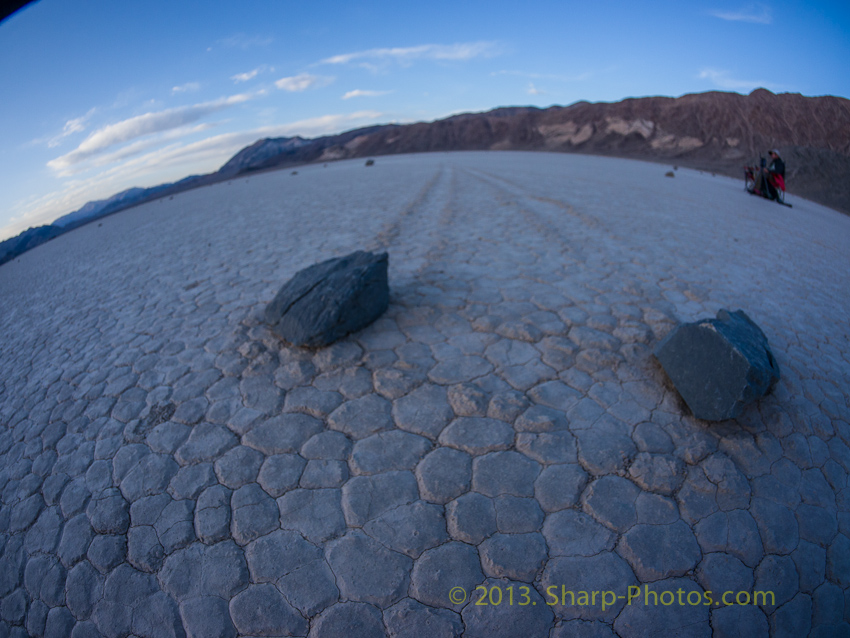 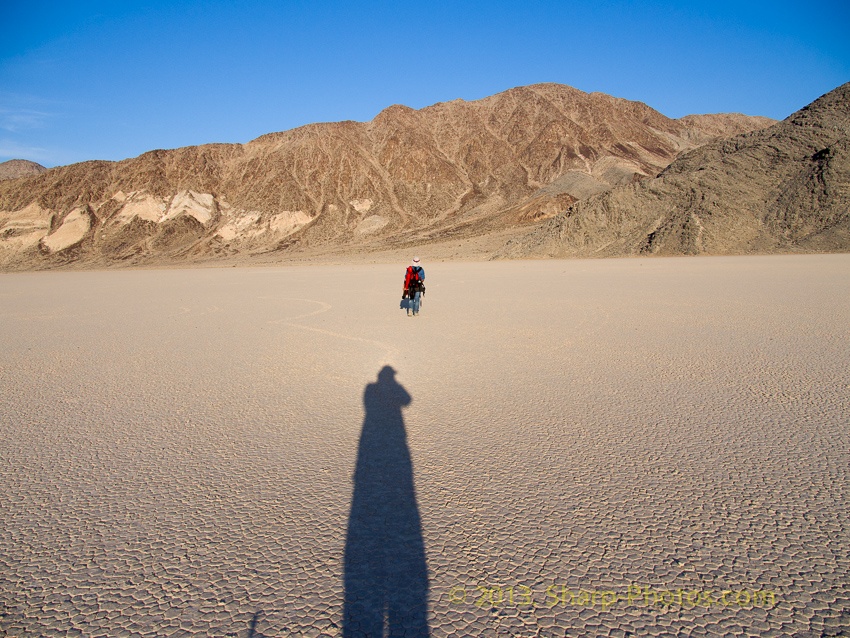 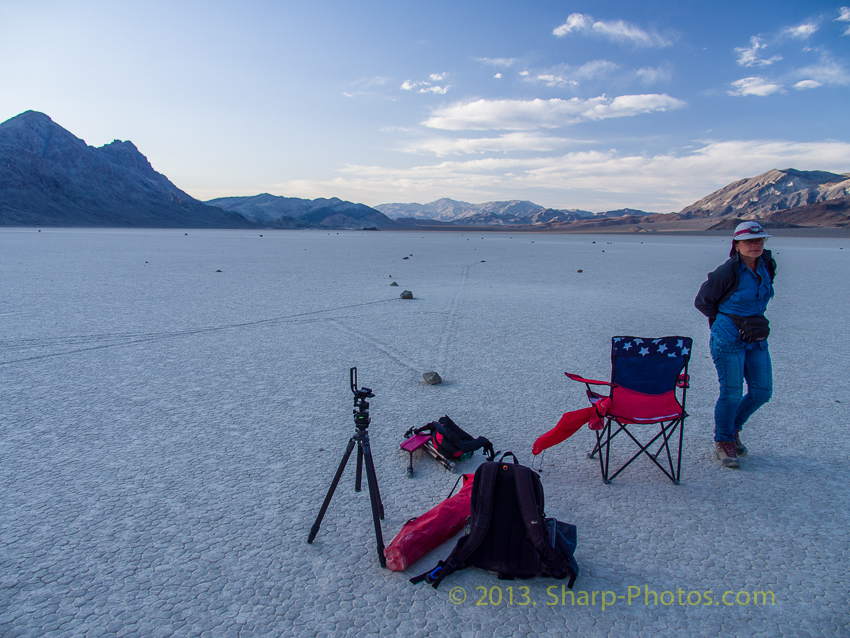 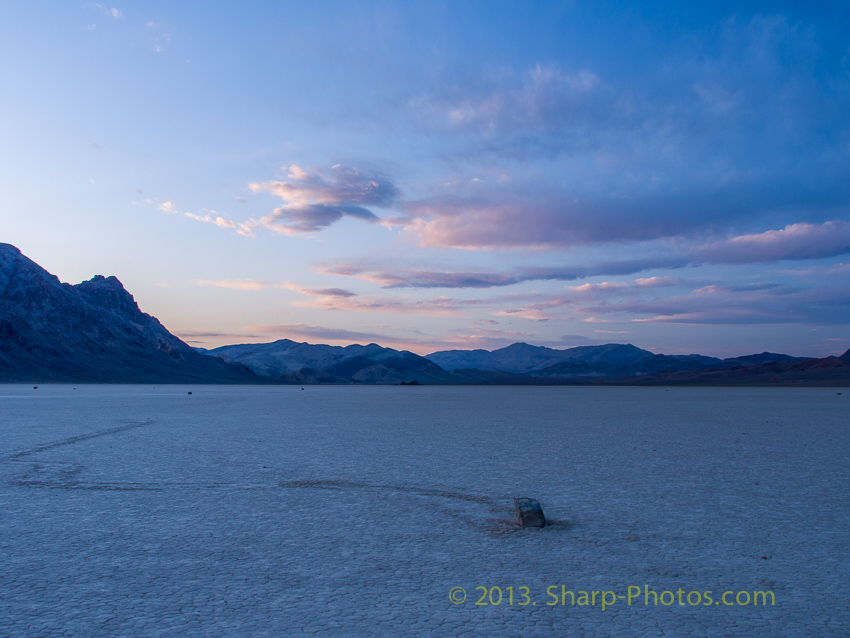 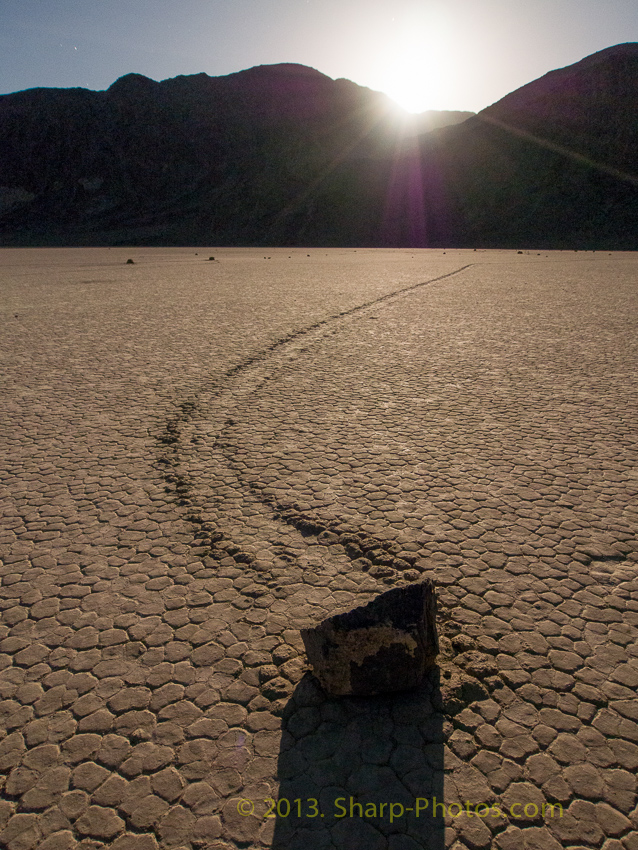 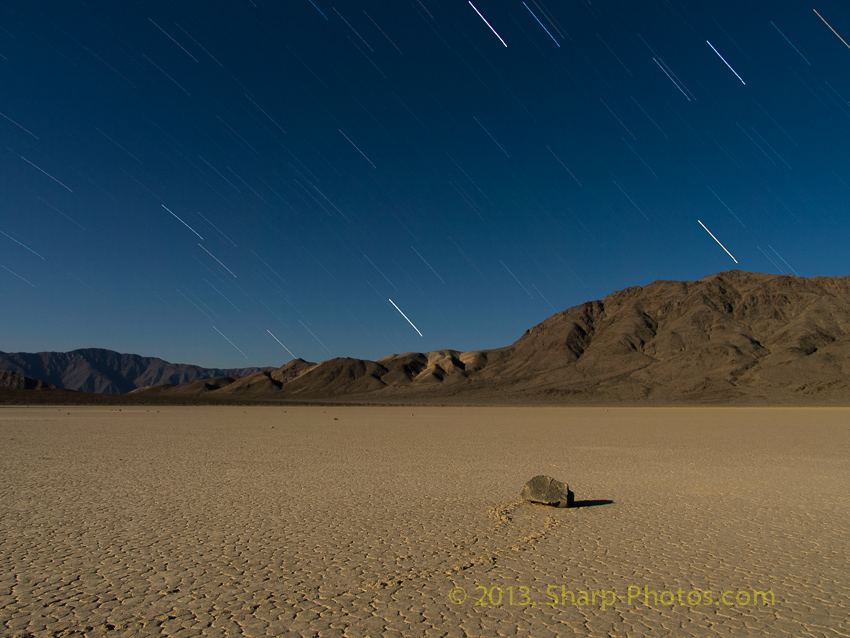 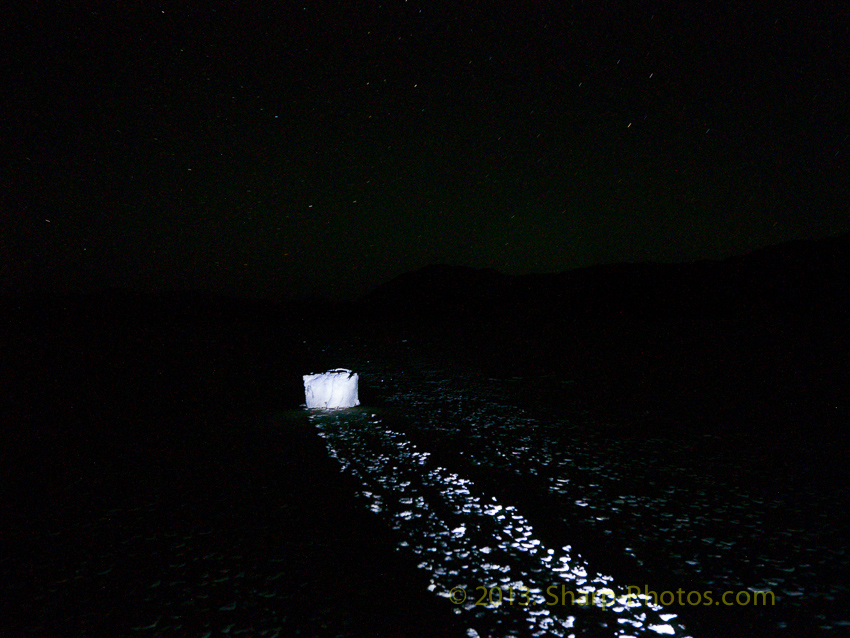